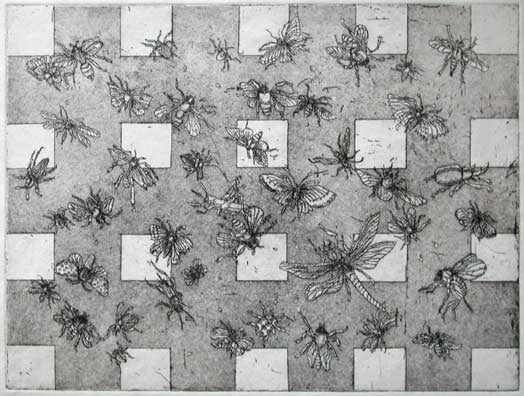 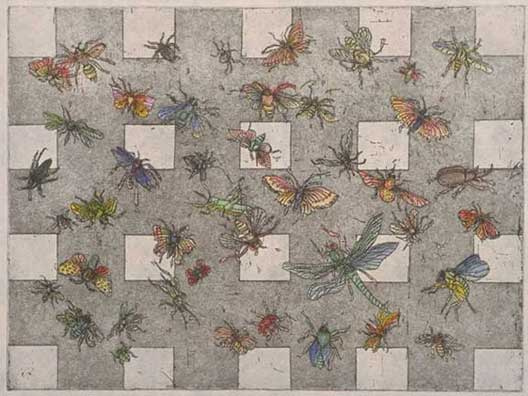 David Gilhooly, a prominent Northern California sculptor of fanciful frogs who was a founder of the Bay Area funk art movement at UC Davis in the early 1960s, has died. He was 70. He died Aug. 21 after collapsing at his home in Newport, Ore., said his wife, Camille Chang. He had recently been diagnosed with cancer.

Whimsical and irreverent, Gilhooly was internationally acclaimed for his imaginative ceramic works of animals, food and other subjects. He started his career in 1962 as an assistant to sculptor Robert Arneson, who ran the freewheeling TB-9 ceramics studio at UC Davis. Arneson and his students were iconoclasts who created works that poked fun at high culture and made them leaders in the Bay Area funk art movement. Although he sculpted creatures ranging from anteaters to zebras, Gilhooly made his popular reputation with an amusing amphibian. He created green frogs — first as unusual handles for drinking cups and then as full-size residents of Frog World, a universe of figures with full histories and mythologies. “Frogs are more fun than people,” he told the Sacramento Bee in 1992. “You can’t glaze people in colors.”

Besides depictions including Egyptian gods, Queen Victoria and the Andrews Sisters, Gilhooly sculpted frogs in frying pans, wedding cakes and other settings. He raised eyebrows with a frog crucifixion, a large work now belonging to the Crocker Art Museum in Sacramento. “He was all about pushing buttons, in a way,” said Scott Shields, Crocker’s associate director and chief curator. “He was a fascinating character.”

Gilhooly also created a cornucopia of ceramic foodstuffs, including fruit, vegetables, ice cream sundaes and towering Dagwood sandwiches. In addition, he sculpted with plexiglass, printed, and created collages and assemblages. His works were shown for many years at the Candy Store Gallery in Folsom and exhibited at major museums in the United States and Canada. Among the institutions that displayed his work were the San Francisco Museum of Modern Art, the Whitney Museum of American Art in New York, the Craft and Folk Art Museum in Los Angeles, the Laguna Art Museum in Laguna Beach, the Long Beach Museum of Art and the Palm Springs Art Museum.

The son of a veterinarian who graduated in the first animal husbandry class at UC Davis, David James Gilhooly III was born April 15, 1943, in Auburn. He grew up in California, Puerto Rico and the Virgin Islands before enrolling in biology at UC Davis in 1961. He signed up for a ceramics class to impress a female art student and switched his major after attending an exhibition by painter Roy De Forest. He earned bachelor’s and master’s degrees in art from UC Davis and had an early marriage that ended in divorce.

He taught in the 1970s and ‘80s at universities in the United States and Canada, including UC Davis and Cal State Sacramento.Gilhooly had been married to Chang since 1983. They moved to Oregon in 1995. Besides his wife, Gilhooly is survived by their three sons, Hakan, Kiril and Sorqan. He is also survived by four children from his first marriage, David, Andrea, Abigail and Peter.